Thanks to ground-breaking companies such as Tesla, Google and Waymo edging closer to fully autonomous, self-driving cars every day, the eventual adoption of driverless technology is now broadly accepted as inevitable.

The benefits of this technology are numerous, including allowing people residing in remote areas easier access to essential services such as medical treatment and education. This cultural shift will add an entirely new meaning to the term ‘Intelligent transportation system’ (ITS) and modify the systems which have been used for centuries to design our cities, roads, traffic management systems and shared urban spaces.

Mobility as a Service (MaaS)

A key consideration when designing roads of the future is the recent adoption of ‘Mobility as a Service’, whereby passengers are able to have their unique transport requirements met, without the need to purchase expensive personal vehicles. Champions of this new philosophy include DiDi, Uber and other ride sharing apps, where users are offered the convenience and benefits of buying a car, for a fraction of the upfront cost. 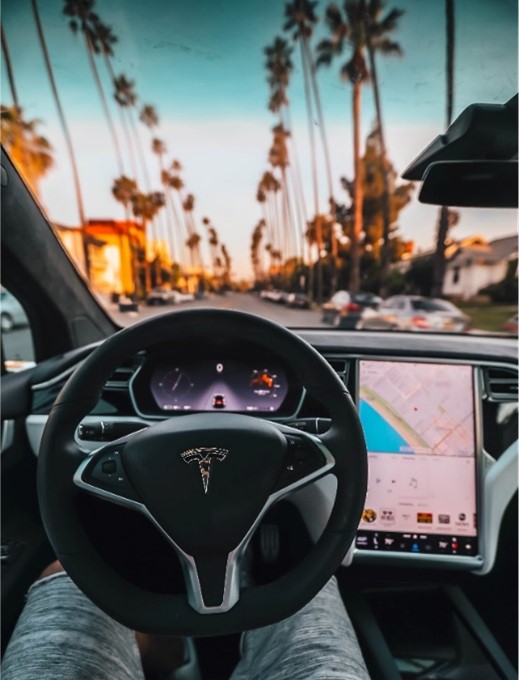 ITS networks have delivered important but incremental changes to transport systems. There have been significant benefits from deployments of dynamic speed zones and active lane management, ramp metering, traveller information systems, e-tolling and other well-established systems.

A simple ITS example is traffic light cycles changing based on vehicle numbers and the time of day.

ITS will be essential for providing self-driving vehicles of all automation levels the information they need to accurately and safely navigate the roads in the future.

JJR has worked on the design management of the Northern Beaches Bus-Line (“B-Line) program. This project served to deliver pedestrian and cycling links as well as up to 900 new parking spaces to directly connect pedestrians, cyclists, and motorists to high frequency double decker bus facilities. In addition to ITS used for the car parks, JJR developed detailed options and assisted with the design for a new tidal flow system which combines several ITS technologies.

ITS software such as STREAMS and SCATS relies on big data and as we aggregate more data, autonomous vehicle sensors become more accurate and reliable. As ITS becomes more advanced Australia will transition towards autonomous and connected vehicles.

Autonomous vehicles will start out with simple driver assistive systems such as adaptive cruise control which will then progress to vehicles that can drive themselves for short periods of time, and eventually all the way to fully driverless vehicles.

Some initiatives put forward by the Australian Government include:

More information regarding the status of various Autonomous Vehicle projects can be found at Australian and New Zealand Trials | Austroads.

While there is still a long journey ahead before fully autonomous vehicles are commonplace on the roads, incremental infrastructure upgrades with ITS will assist to help connect people regardless of their locality so that they are better able to take advantage of the services our society has to offer.