Helicopter Rotor Downwash – Excessive wind, FOD and brownouts, what are the risks?

What is helicopter rotor downwash?

Rotor downwash is a commonly ignored phenomenon that occurs during helicopter hover in close proximity to a ground surface. It has the potential to cause significant damage to nearby vehicles and objects, as well as people. Figure 1 shows the impact of helicopter rotor downwash while hovering over water and while landing in a dusty environment. 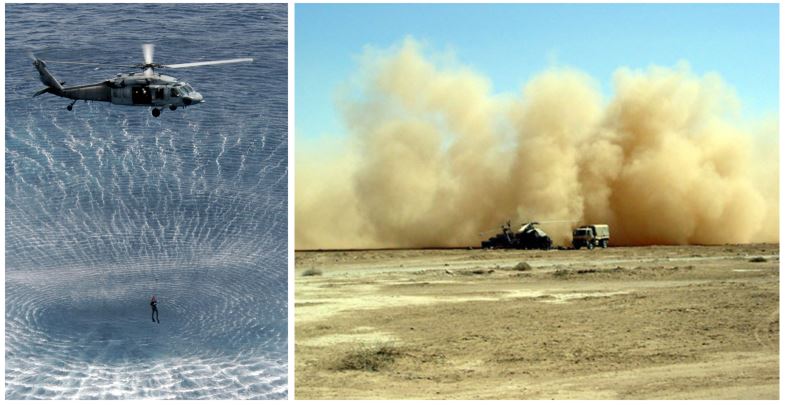 What are the potential risks due to rotor downwash?

There are a variety of risks associated with helicopter rotor downwash, as summarised in Table 1.

What are acceptable limits on downwash velocities?

There is limited guidance on maximum helicopter rotor downwash velocities. By calculating the downward force from the helicopter rotors, it has been assumed that the horizontal component causing a ground affect conservatively equal the vertical wind speed, as shown in Figure 2.

While not directly related to helicopter rotor downwash, Australia’s Civil Aviation Safety Authority (CASA) currently defines the recommended maximum wind velocities affecting people, objects and buildings in the vicinity of an aeroplane in the Manual of Standards (MOS) Part 139, as summarised in Table 1.

Modelling the impacts of helicopter downwash at final approach and take-off area (FATO) as well as hover-taxi locations can allow for better planning for helicopter operations. This can benefit both airport and helicopter operators by identifying ‘areas of significant wind velocity’ to improve safety and reduce the impacts on people and property.

How could the helicopter downwash be more modelled better?

JJ Ryan Consulting have developed a helicopter downwash model based on US Army and NASA research coupled with aeronautical engineering calculations for aerofoils.

The model ultimately produced a downwash velocity heat-map, as shown in Figure 4 to allow the impacts of helicopter downwash to be modelled for three conditions, specifically helicopter take-off, hovering and hover-taxiing.

The velocities are then translated into computer aided design packages to allow detailed planning and design of helicopter movement areas. 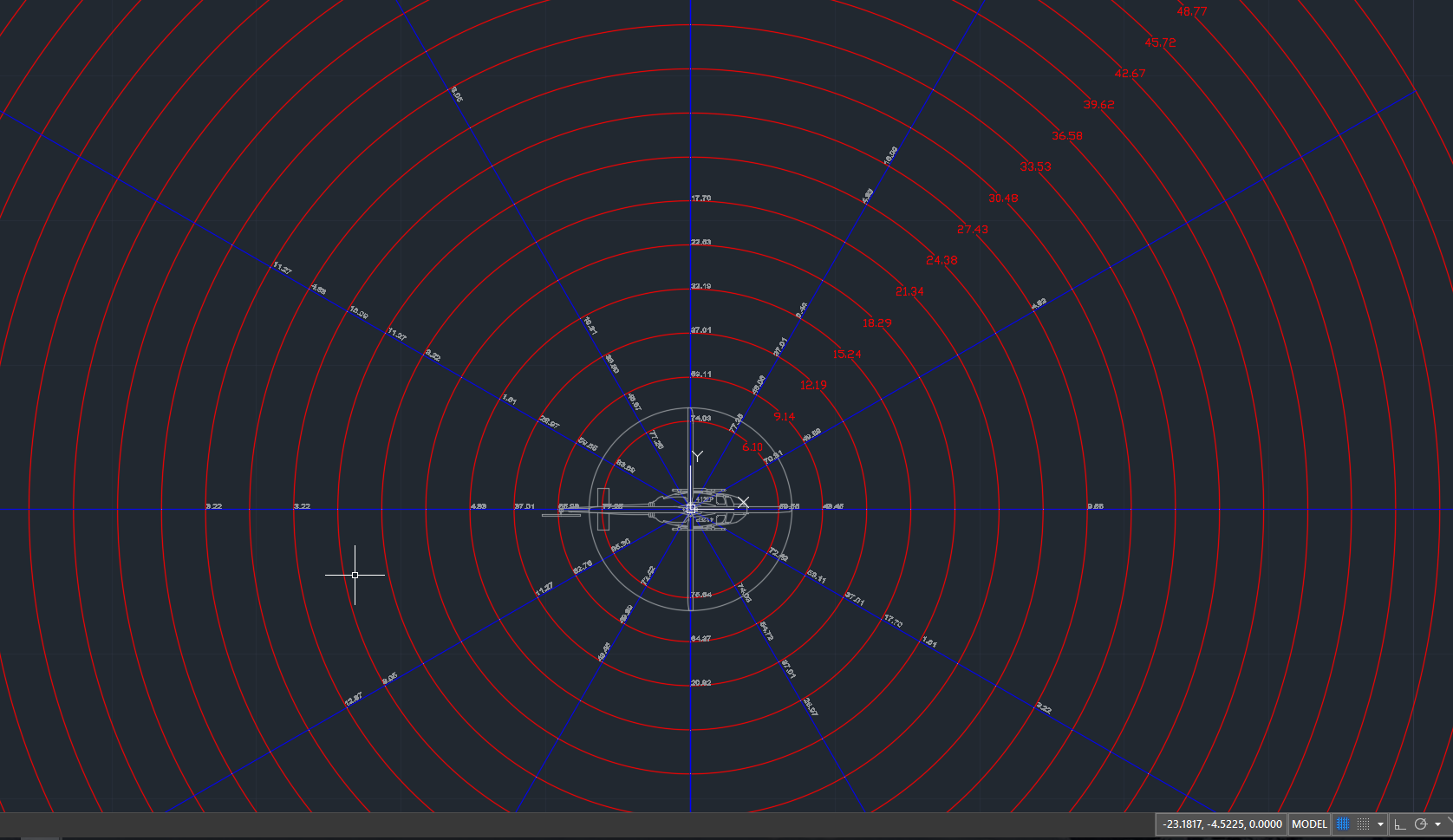 What is the future of helicopter downwash modelling?

In the future, JJ Ryan Consulting will conduct further research and analysis of the ground effects of rotor downwash. This will lead to better planning and design of FATO’s and hover taxi locations which will assist in improving aviation safety by allowing the impacts on people, buildings to be mitigated.

JJ Ryan Consulting’s model has limitations because it is based on theoretical calculations derived from aeronautical engineering formulas. In the future, JJ Ryan Consulting intends to undertake further testing with scale models and anemometers calibrate the model with our theoretical model. It should also be noted that the effects of cross-wind can also change (exacerbate or reduce) the impacts of the helicopter downwash in a particular direction.

Aviation
BIM – Past, present and future.. what is 6D?
Is that a bird? Is it a plane? No… it’s JJR’s drone inspecting sports light poles!